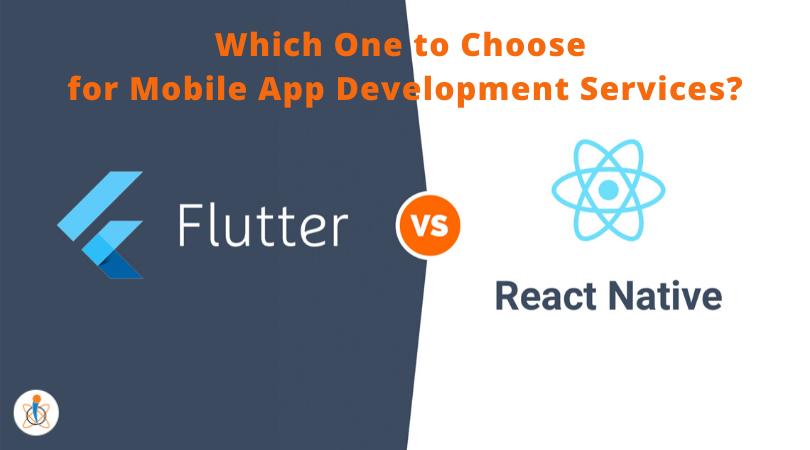 What is Flutter and React Native for Mobile App Development?

React Native and Flutter both are the technologies used to develop cross-platform mobile applications quickly through a single programming language. Both of these technologies have their pros and cons for developing interactive mobile apps. However, according to the latest research and study, it has been estimated that React Native ranks higher than Flutter. React Native framework is loved by nearly 60% of the people, while Flutter has been used by more than 70% of users for mobile app development services.

Here is the comparison is given between React Native and Flutter, which will help you choose the best framework for mobile app development services-

React Native is a kind of cross-platform mobile app development technology that uses JavaScript for building apps. JavaScript is a very prevalent language in the web community these days.

On the other hand, Flutter makes use of Dart programming language which was announced by Google in the year 2011 and now, is hardly used by expert developers. The syntax of Dart is easy to comprehend for Java developers due to the reason that it supports several concepts of the object-oriented programming language.

2. User Interface is an Essential Factor:

There exists a huge gap between React Native and Flutter for creating the user interface and block component of the mobile apps. React Native framework is completely based on the native components.

On the other side, Flutter functions well with the copyrighted widget sets. Remember that the owner widgets help to get a highly customized user interface design for dynamic and native support too.

When it comes to choosing a cross-platform mobile app development technology, it is significant to understand its technical architecture. Once you know the hidden and internal facts of the specific framework, you can easily make an informed decision about the framework for your app development project.

React Native uses Flux as the internal components. This architecture relies on the JavaScript run-time environment architecture. It is also known as JS Bridge.

In contrast to this, Flutter makes use of the Skia internal component. Since Flutter utilizes the Dart framework, it doesn’t require the bridge to interact with the native modules.

React native is considered one of the most consistent frameworks for building an interactive and next-generation mobile application. This framework is mostly preferred by experienced mobile app developers due to its high efficiency and reduced time for development.

On the contrary, Flutter takes more time in the development of unique mobile apps.

5. UI Component and Development API are the Keys:

When you think of developing cross-platform mobile applications, you should know that the support for the native component is the key.

React Native framework has comparatively fewer components and thus, it provides API that can give access to the devices. For accessing many of the native modules, React Native needs to rely on some third-party libraries.

While Flutter is rich in components. It comes with a pack of UI rendering components, navigation, device API access and plenty of libraries. Here, you don’t need to rely on third-party libraries.

To find out which framework is an ideal one, you should consider performance mapping.

React Native as a good community and performance mapping due to the usage of the JavaScript layer. Due to JavaScript, React Native always stand one step ahead of other frameworks for developing hybrid apps.

Documentation is a very complex and also a little bit time-consuming entity.

The above is the list of the comparison between React Native and Flutter for top-notch mobile app development. It is concluded that both these frameworks have their own positive and negative points in terms of performance, UI components, programming language and stability too. This is the reason why it is quite typical to differentiate between Flutter and React Native.

But, don’t forget that React Native has been in the app development market for many years and 1000s of people are working on it. Whereas, Flutter comes into existence just a few years back.

How Corona Has Impacted Businesses in 2020?