We create convenience at your fingertips. 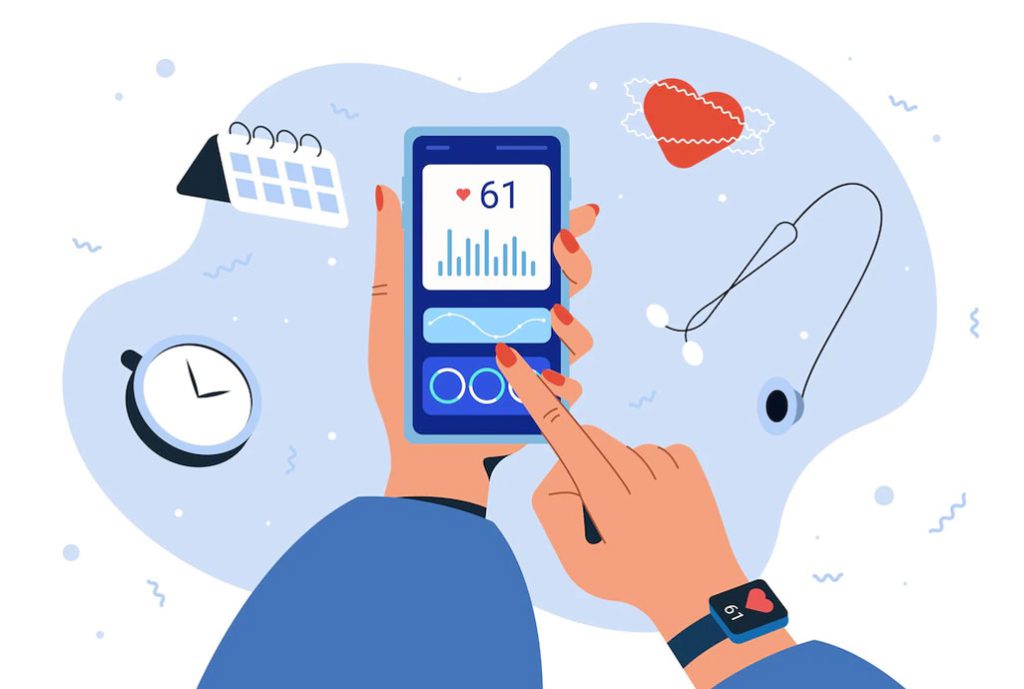 How Do We Work?

We are an award-winning mobile app and web development company in Indore. We offer a proven track record of value-added mobile solutions for society, industries, organizations, and administrative departments. With our mobile app development services, you can enjoy 100% Quality assurance, 24*7 support facilities, cross-functional mobile app development, and much more.

Following are the stunning services that we provide to make your mobile application the most unique, successful, and effective:

Making fast and responsive apps for a specific operating system and compiling them using the platform's core programming language as well as APIs.

Crafting applications that are cross-platform compatible.

Creating a well-structured front-end architecture and APIs while writing JavaScript codes that are reusable and scalable. 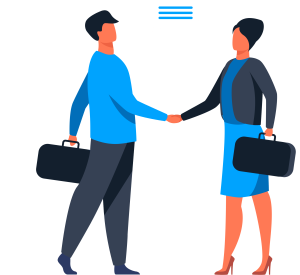 Your step-by-step journey with us

In this stage of the mobile app development process, we discuss the project with you thoroughly. We ask you many questions in the free consultation that we provide you with. However, we dig deeper when you’re on board.

This is where we discuss the estimated development cost and your comfort level with it. We will always ask you clearly to state your budget in order to avoid any miscommunication resulting in hindrances in the future.

This is the step where we put our very best business analysts to analyze your application’s concept and make a wireframe of the needed features using various top-end wireframe design tools.

This step includes 360-degree in-depth processes related to UI/UX Design, Workflow Design, Wireframe Design, as well as Style Guides. This is possibly one of the most important elements of a mobile application.

From developing your mobile application to deploying it, and finally offering support post-production as well, we take care of it all so that you can focus on growing your business from other sources.

How to Reduce App Development Costs? 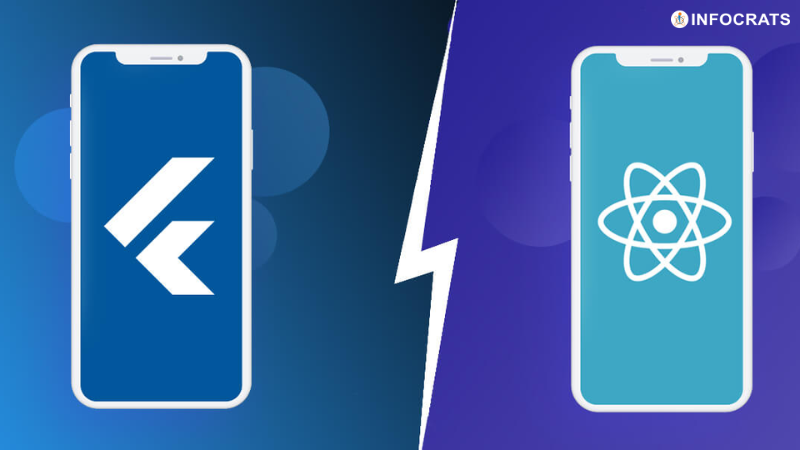 Flutter vs. React Native: Which one is better for 2022?

6 Things to Check Before Hiring a Mobile App Development Company

WHAT OUR CUSTOMERS SAY

Why Infocrats for Mobile App Development?

Moreover, we have a highly-skilled cross-functional mobile app development team that helps you build apps with expertise in major technologies and frameworks. We also engage with our clients throughout the development process for continuous feedback, thereby delivering mobile app solutions as per the client’s requirements.

What are the Stages Involved in the Mobile App Development Process?

Our mobile app development process is divided into three stages: The first stage is planning, during which we will outline a solution after learning about your business and your goals for designing a mobile app. The second stage is the design and development stage, during which we will produce designs, character models (2D or 3D), sound effects, and test and fix any issues or errors found in the app.

The introduction of the app, followed by its marketing, is the third and final stage.

How Much will App Development Cost?

The cost of an app is determined by its complexity as well as business requirements. Other criteria include the graphics used, sound effects, the platform is chosen, and so on. Please tell us your requirements and our mobile app development company team will get back to you as soon as possible with an estimate for your project.

What is the Mobile App Category?

While this is a no-brainer, your android, and ios??? the app should be such that it can be put under any of the categories that are prevalent in the Google Play Store and Apple Store.

Knowing the app category will cut down your competitive research time to a higher extent. So, our mobile app developers recommend knowing both the primary and at least one secondary category your mobile app belongs to.

How Much Time Would It Take for the App to Develop?

The time it would take to build an app is another realistic mobile app development question. Depending on the application’s complexity, you should have a rough idea of how long it will take to create.

While the average time to complete the app development process from concept to launch is roughly 6 to 7 months, some technologically advanced mobile apps can take up to a year or even longer. You don’t have to wait so long for your development project to be completed at Infocrats. We provide on-time delivery with our mobile app development services.

What are the Different Types of Mobile Apps?

There are three basic types of mobile apps if we categorize them by the technology used to code them:

Native apps are designed specifically for a single platform or operating system.

Web Apps are responsive versions of websites because they’re provided through a mobile browser, or can be operated on any mobile device or OS.

Hybrid apps are a mix of native and web apps wrapped inside a native app, giving it its own icon and the ability to be downloaded from an app store.

What Mobile App Technologies Do you Work on?

What Types of Industries have you Served?

Having an official mobile app in 2022 is no longer considered optional but something that is essential to bring success to small and medium businesses. Our mobile app development company experts have catered to the needs of business owners from industries like eCommerce, education, finance, healthcare, retail, NGOs, IT, entertainment, hospitality, real estate, and many others.

Will I Need to Test my Mobile App?

Your ultimate goal is for more people to be using your application, and they are highly unlikely to do that if the app is faulty. That is why mobile app testing is so important. To stand out in the market overflowing with mobile apps, you should be able to build a user-friendly, scalable, and high-quality application.

Testing an application before the launch is a must if you want to be sure everything is working as it should. Our android & ios app development company has an in-house testing team that will test the system along with the developers. However, you can always test the application and share your feedback.

Should I Develop in iOS or Android?

With about 1.6 billion people using smartphones worldwide, the mobile app market has never been more fascinating or lucrative, with Android and iOS dominating smartphone operating systems.

If you don’t want to construct both at the same time, you’ll have to determine which type of smartphone user you want to target first.

The top mobile app development companies suggest you create for both iOS and Android to get maximum market penetration.